Skip to content
Home BOARD NOMINEES ➞ 2018 Board Nominees

PLEASE CHECK BACK OFTEN FOR UPDATES TO THIS PAGE.
To be included here, email almondglenhoa@gmail.com

Eric Barnes is a native of Aiken, South Carolina native who recently returned to the state. He is a licensed attorney as well as a collegiate and professional soccer referee. While living in Pittsburgh, Eric served as the president of the Oak Hill Homeowners Association for five years. In his free time, Eric volunteers at the York County Humane Society and recently brought home their new family member, Dexter. 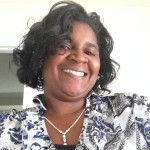 Virginia has served as a member of the board of directors and as the Vice President since 2014. Prior to serving on the board, Virginia served as the Chairman of the Social Committee (2013).
While serving as the Vice President she has worked with various members of the community to bring projects to life. Virginia routinely works with contractors to ensure the best cost to value ratios for the community and meets with committee leads to help bring services to Almond Glen.
As the vice president Virginia often meets with members of the community to discuss issues and bring opinions and needs to the attention of the board. She has headed up projects throughout the community to include organizing social events which have encouraged neighbors to come together as a community.
Virginia has been a resident of Almond Glen since 2011. She spends her free time with her husband Patrick, is a mother, and a successful business owner. She has experience serving on various boards in both her professional and private life. 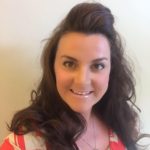 Ellie Pena-Benarroch has over 18 years’ experience in managing operations for various business including surgical centers, medical practices and privately owned businesses. Ellie comes from former East Germany and immigrated to this country with her family at the age of 8. After growing up in southwest Florida, Ellie moved to New Jersey then Charlotte before settling in Indian Lands Almond Glen neighborhood. She is tri lingual- fluent in German, English and Spanish. One reason for Ellies’ success is her work ethic and her ability to create efficiency. When not working she enjoys traveling the world, hiking, gardening, doing pallet crafts and spending quality time with her husband and son.

Syd has served as a member of the board of directors and the Treasurer since 2014. Prior to becoming a board member, Syd headed up the finance committee in 2013. As the Chairman of the Finance Committee, Syd was vital in establishing Almond Glen’s first member controlled budget and later interpreted the reserve study into a 25 year plan for future boards to use as a guide. Syd’s professional experience as an accountant has helped him be a leader and mentor to other board members. Every year Syd prepares the final budget and then presents it to the board for review and tweaking.
Syd’s guidance and expertise have helped the board grow it’s reserves from less than $55,000 in 2013 to more than $253,000 today.
Syd and his wife Mary have been residents of Almond Glen since March of 2013. He is most visible throughout the community when he takes his golden retriever on walks. 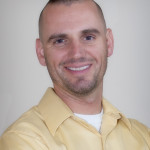 Rob and his family moved to Almond Glen in 2010. He has served on the board of directors since 2013. Rob has also served as the president of the association since 2013. As a board member Rob has established the Almondglenhoa.com website and 99% of the content available there. Rob headed up negotiations between the HOA and Lennar in 2014 and 2015 when the community pool sank and needed to be rebuilt. Rob also handled a lawsuit levied against the HOA in 2015 which resulted in no finanical loss to the community.
Rob volunteers his time to the community outside of his board duties repairing and replacing damaged items, pressure washing the pool house, etc. In 2014 Rob organized a spring flower planting throughout the neighborhood which saved the association about $2500. Rob has maintained the HOA email account and organized files over the years so they would be more readily available to community members. Over the years he has been invited to speak with other communities boards to establish guidelines and policies.
Rob is a military veteran with 10 years of service to the United States Army. He is a combat veteran of the Iraq War. After leaving the military Rob entered into law enforcement. In addition to his primary employment, Rob teaches drivers ed at at local driving school.
When not at work or doing something within the neighborhood, Rob spends time with his wife and daughter either enjoying their home or traveling together.